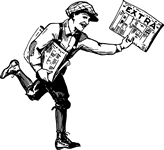 Clark County, WA has a population of 425,363. Clark County was named after the explorer William Clark. The other explorer that was with William was Meriwether Lewis of which there is a nearby county named after him, Lewis County, Washington.