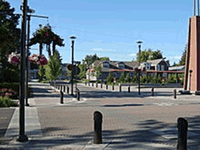 Child support, parenting plan, and divorce document services for Seattle and Washougal. Regardless of where you will be filing your divorce or family documents in Washington State, we can help you prepare them.

Washougal has a population of 16,000 and a median household income of $70,943. Washougal is an Indian word believed to mean "rushing water".

For recreation, there are four large municipal parks located in Washougal.