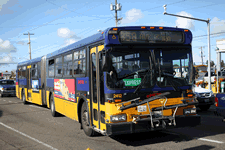 Seattle $70 anywhere in North Seattle, $90 in South Seattle. $60 downtown within 2 miles of courthouse.

If you need documents prepared for King County Superior Court, we can help you with  your family law documents for divorce, child support, and custody related issues.

Our divorce documents as with other family law forms come fully prepared and ready to file.

King County, WA is the 13th most populated county in the country. Originally, King County was named after 13th vice president of the United States, William R. King. Ironically, William R. King was a slave owner, which is the main reason that in 1986 they motioned and passed to have the name sake changed to Martin Luther King Jr.

As far as culture goes, it is rich and widespread with each city and neighborhood having their history from which it comes. Check out all the listed cities listed and the neighborhoods of Seattle. Nothing beats north Seattle and the Lake Washington areas.