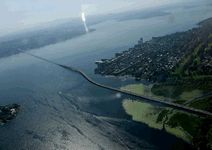 We have a special on getting documents served on somebody in Medina, $70, anywhere in Medina.

Divorce forms and other family law forms prepared for residents near Medina or for any court in Washington. Our divorce process is much easier than doing it yourself, and much cheaper than hiring a lawyer.

Documents prepared for divorce with children include all the parenting plan and child support documents.

Other than sight seeing of some great real estate, there is nothing to really do in Medina. The floating bridge stretches from Seattle to Medina. There are many things to do near Medina though.

Medina is a high income bed city, the highest household income city in the state (that I know of).