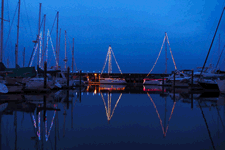 The approximate fee for process serving in Edmonds is $80, depending on your distance from the Snohomish King County line at 205th and Aurora Ave N. Distances exceeding that are an additional $3 per mile. The proof of service is emailed to you if it is not being filed in King or Snohomish County.

Documents served in the Everett, Mountlake Terrace, and Lynnwood areas.

If you are near the Edmonds area and need divorce forms prepared, our divorce document service can help you get them completed and filed.

Edmonds was the first incorporated city in Snohomish County. Edmonds has 5 miles of Puget Sound shoreline. The geography of Edmonds is close to half of land and the other half of water.

Edmonds is the hub for arts in Snohomish County. Edmonds is well known for its visual and performing arts.

Edmonds is serious about their parks and recreation as well as historical preservation.